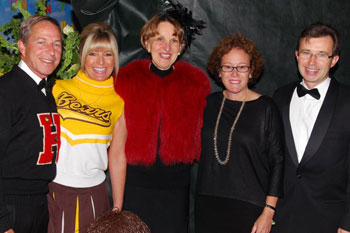 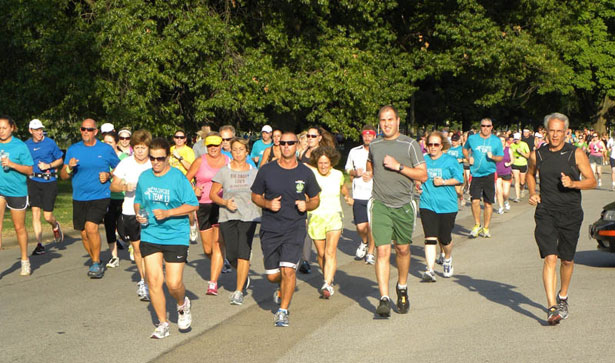 Craig R. Emig of Jones • Wallace, LLC leads the pack and sets the pace during a Team 13 training run for the YMCA Half Marathon! 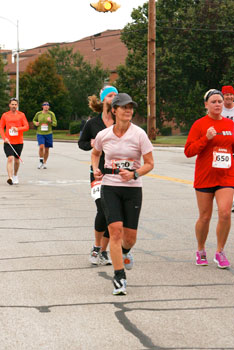 Lauren Jones of Jones • Wallace, LLC keeps her eye on the pack at the 2012 YMCA Half Marathon!

Jones • Wallace, LLC would like to announce that Lauren K. Jones has just been appointed the Vice Chair under Judge Edward Najam of the Indiana Court of Appeals for the Indiana State Bar Association Affiliate (Paralegal) Committee, which will begin in mid October. 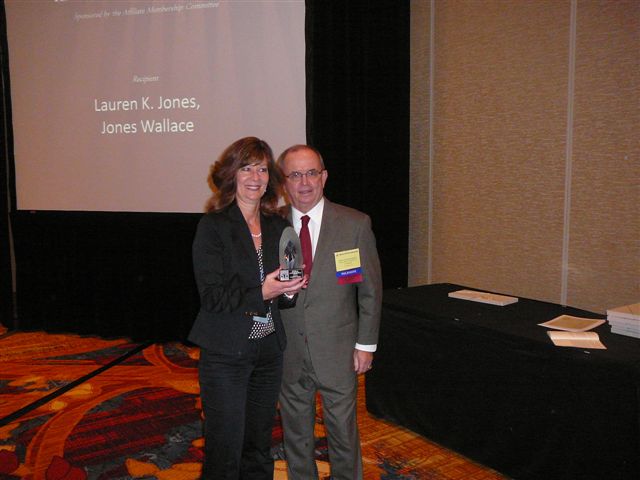 At the Indiana State Bar Association Awards Luncheon on 10/25/12, Lauren Jones received the Affiliate Member Award that recognizes an Affiliate Member of the ISBA who has contributed to the legal profession. She was also appointed the Vice Chair under Judge Edward Najam of the Indiana Court of Appeals for the ISBA Affiliate (Paralegal) Committee.

HEALTHCARE REFORM, SINCE ITS ONLY A TAX

The recent Supreme Court decision leaves most of healthcare reform intact with the determination that the act’s penalty is not a penalty, but is a tax. This raises the question of what other tax provisions are parts of the Affordable Care Act.

A higher Medicaid payroll tax is the primary source of financing. Currently wages are subject to a 2.9% Medicare payroll tax with workers and employers each paying half. Self- employed people pay the entire 2.9% but may deduct half on their income tax returns.

“WITH ALL DELIBERATE SPEED” – NOT AGAIN!

In the last century the United States Supreme Court, in perhaps one of its more unfortunate choices of words, ordered desegregation to proceed “with all deliberate speed”. In 1964 the Supreme Court noted that the term had been used to maintain segregation and ordered that desegregation move forward promptly.

In late 2011, CMS released its final rule for ACOs under the Medicare Shared Savings Program (MSSP). The final rule provides a two track model. Under track one, a shared savings only approach is available, but only for the duration of the ACOs first agreement period. Track two is a two-sided gain/loss model for the period of the ACOs first agreement. After the initial agreement period, all ACOs will be required to participate under the two-sided share gain and share loss model.

The law offices of Jones • Wallace, LLC has employed Craig R. Emig as a new associate attorney in their litigation department. Emig was admitted to the Indiana Bar in October 2009, and will focus his practice on commercial litigation, family law and estate planning.

Indiana law and federal law (HIPAA) require patient access to and copies of medical records to patients. This is the mirror image of preventing unauthorized disclosure and access. The failure to properly respond to patient requests for medical record copies is one of the fastest growing areas of complaint made about doctors to consumer and medical licensing boards.

In mid-December, the U.S. Department of Health and Human Service (HHS) issued its final regulations attempting to interpret in providing for enforcement of “provider conscience” statutes and regulations.

The recent Stimulus Bill passed by Congress is known in shorthand as ARRA. ARRA has provided a number of changes in COBRA requirements under the Employee Retirement Income and Security Act of 1974 (“ERISA”) which were added by the Consolidated Omnibus Budget and Reconciliation Act of 1985 (“COBRA”). COBRA rules generally allow an employee whose employment terminates (or has some other qualifying event) to elect to continue coverage under an employer’s group health plan for up to 18 months in most cases.

The recent stimulus bill (the American Recovery and Reinvestment Act of 2009 or “ARRA”) contained a section which are referred to as the HITECH (Health Information Technology for Economic and Clinical Health) provisions which provide for certain changes in EMR adoption and in the HIPAA privacy and security standards. I have attached a summary decently offered by the California Health and Human Services Agency of the HITECH provisions of ARRA.

Early this year, the United States Third Circuit Court of Appeals issued a decision that should cause hospital administrators and group medical practice compliance officers to immediately contact their legal counsel to determine whether their physician contracts are current. This case, Kosenske v. Carlisle HMA, is the result of an action brought by a former anesthesiology group member practicing at Carlisle Hospital.